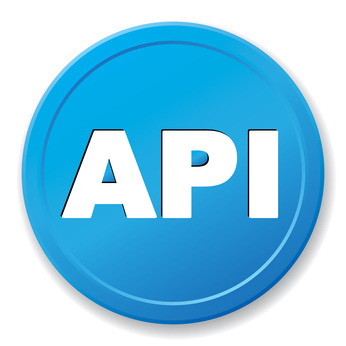 API is a term that is used as an abbreviation for Application Programming Interface. It is basically a set of specifications which may include protocols, routines, data structures and variables that are implemented within applications to provide access to their functionality by other software applications. It is comprised of a message format and a language that is used to communicate with control programs like a database management system (DBM), an operating system or a web service.

API integration is the seamless collaboration between multiple applications. This is facilitated by an interface that is created within software components, so that they can communicate with each other. An example would be a shopping cart obtaining live, real-time shipping data from a 3rd party applications, such as UPS or the United States Postal Service.

The back and forth calls in APIs that take place between the applications are managed mainly through what is referred to as web services. These web services are basically a set of technological protocols and standards that include XML (Extensible Markup Language), which is a language used in programming through which applications are enabled to communicate via the internet. By writing function calls in programs, the APIs are implemented and this provides the link that is required for execution. It therefore implies that a program module or driver can be found in the computer that will allow the performance of the operation or the software needs to be linked to the existing program in order for it to perform the required tasks.

APIs and web services are usually completely invisible to software and website users, because they mainly run in the background silently. They provide a way for the software applications to work in conjunction with each other to help the user access the functionality or the information he or she needs. The following protocols, technological standards and programming languages, together with XML are what mainly enable the web services to work:

Click here to get started or to learn more

Get Free Ecommerce Tips Delivered to Your Inbox ...