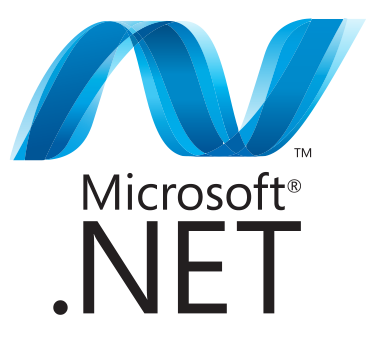 .NET software development services cover the design and development of Web, mobile, and desktop applications with the use of the .NET platform.

One of the primary disadvantages of .NET applications is the reliance on the framework. The .NET framework is installed by default only on Windows machines and manages the memory, security, and threads for .NET applications.

.NET applications use more system resources and have a slower startup time than similar applications written in other compiled languages.

Native C++ applications for example, don’t depend on or have the overhead of a virtual machine such as the Common Language Runtime (CLR), which manages the execution of .NET programs.

With .NET applications, just-in-time compilation (JIT ) converts the managed code (compiled intermediate language code) into machine instructions which are then executed on the CPU of the computer. The CLR provides additional services including memory management, type safety, exception handling, garbage collection, security and thread management. All programs written for the .NET Framework, regardless of programming language, are executed by the CLR.

Code that’s executed by the CLR is sometimes referred to as “managed code,” in contrast to “unmanaged code”, which is compiled into native machine language that targets a specific platform.

Just-in-time compilation (JIT) causes a slight to noticeable delay in the initial execution of an application, due to the time taken to load and compile the bytecode. Sometimes this delay is called “startup time delay” or “warm-up time”. In general, the more optimization JIT performs, the better the code it will generate, but the initial delay will also increase. JIT has the overhead of an interpreter and the additional overhead of compiling and linking (not just interpreting).

The Native Image Generator (Ngen) by Microsoft is an approach at reducing the initial delay. Ngen pre-compiles (or “pre-JITs”) bytecode in a Common Intermediate Language image into machine native code. As a result, no runtime compilation is needed. In some cases the execution will be significantly faster than with JIT.

Using the .NET application development platform dramatically reduces the development time of desktop applications, websites and web applications and the amount of code required to develop large scale applications. With built-in Windows authentication and per application configuration, applications developed in .NET are safer and more secure to start with.

The .NET frameworks supports Object Orientated Programming (OOP) which simplifies programming by making the code manageable and easier to test. It also eliminates unnecessary programming and generally means less coding for developers. The .NET framework makes it possible to easily reuse code and components, which saves time and reduces the development effort and cost.

C# is widely used for rapidly developing desktop applications, web applications and web services on the Microsoft Windows platform. With the release of .NET Core, C# applications can be built and deployed on Linux environments as well.

Web development As a part of the .NET platform, C# is a natural fit for building dynamic websites and Web applications on Microsoft Windows servers. Its object-oriented nature facilitate code reuse and extensibility and makes it well suited for developing websites that accurately model business domains, have high efficiency and that are easily scalable.

Since its origin, C#, has added features to support new workloads and emerging software design practices.

Our custom .NET application development services help businesses to work with a variety of data and make information related to their business and products or services easily available to a large number of users.

We have more than 18 years of experience developing .NET applications and provide business-critical .NET application development services with strict requirements for performance, availability and security.

Our .NET application development services include:

Contact us to learn more about custom .NET application development services for your business.